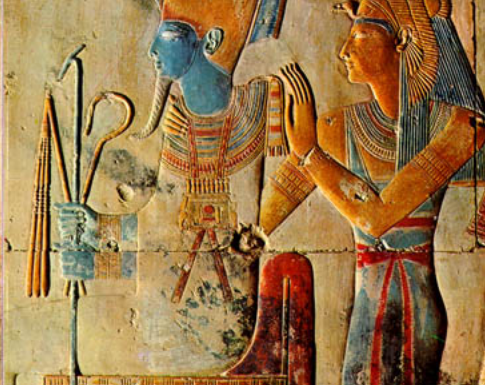 My client found herself in a room within a stone pyramid, on a mummification table, only she wasn’t dead. There were many stone tables and many wrapped people in that room. She instantly started to hurt really bad on the left side of her head, in the eye and nose, even the ear, down to her neck.
I have made several attempts to help her release the pain, but nothing worked. That has never happened to me. The pain was severe and giving her a hard time.
Slowly, she begins to figure what was happening: she and others were offerings to a god whose image was painted on the wall. They were not dead, but in different stages. They were all chosen from priest’s families by other priests. She could not move her wrapped body. She kept complaining of the horrific pain in her head. I gave suggestions for pain relief again, but it didn’t work.
She beginning complaining of nausea that was related to the pain. She started to understand it: there was a small canal in which something was introduced through her ear and that something that will eat her alive from the inside, first the left brain, then the rest.. The digestion of her left brain will result in a liquid that will pour through her nose and left eye. The priests gave her something to drink that paralyzed her. She’s been on that table for two weeks, but this is a very long and very painful process that will last for three years in complete paralysis and excruciating pain. She can see and understands, but cannot move or talk. The priests also do fumigations and incantations.
The priests came to her house, gave her something bitter to drink, then she paralyzed and they put her on a gurney and brought her in. Her parents didn’t do anything to stop them. Then they introduced a white worm into her ear and then, a man who is not a priest wrapped her up in sticky textiles that were soaked in honey and wax. Her face is the only thing that is not covered yet. They are collecting the pouring brain and when that is done, then the face will be covered, too. They are collecting the white, transparent..kind of like fatty thing and they drink it so they communicate easier with their god. 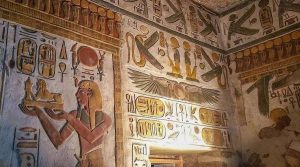 I took her back in time, before she drank the bitter potion

C. I see myself, I am on some rocks and my Light is above me. It looks like a very big feather or a very big seed head of a dandelion. It’s white and it is always above me, I’m wearing a light long white dress and I am bare feet.. My hair is long and black and on my head ihave a little golden crown. I am a teenage girl around 17 years old.
V. Are you aware of the Light above you?
C. Yes, I know that it’s with me all the time, It makes me feel safe. I can go wherever I want to. I know it’s different. I came with it when I was born. It teaches me how to feel…how to feel that I am one with everything…with these rocks… with the sky…the people around me think I am crazy.
V. Do people around you have Light above them, too?
C. No. They think I am crazy because I am a rebel. I don’t agree with what they do with all the people. They beat people, torment them. I make me sick! My Light says that this is not the way.
V. Can you help these people to change?
C. No, but I can help the ones they torment. I walk amongst them. They are slaves, poor people, whoever the priests have chosen. My Light is telling me that this is the way all over the Earth.
V. How do you feel here?
C. A stranger, but I help. I can ease their pain a little. They all feel it, even the priests know when I do it. The priests don’t agree with my doing. My Light is telling me what they think. It even told me what would happen to me. I had a choice: to either keep the Light and accept what will happen, or to quit and the Light would go away and I become just like them. I am not giving up on my Light. It told me that they will kill me and it is going to be painful.
V. What will happen to the Light when this will take place?
C. It will not be able to reach me. If I would give up on It, I will become one of them, but they are not mean. They think that this is how things should be. They don’t have too much brains. There are others with black lights that tell them what to do. They believe in what their black lights are teaching them. There are many that have black lights, and there are some that have orange lights that are starting to understand some things, but they are scared, There a need for more with orange lights.
V. Are they priests?
C. Mostly priests and nobles.
V. Are there any with white lights, besides you?
C. There were, but they all ended up in this room, like me. All of them on tables had white lights. When someone with a white light comes, their destiny is not that easy.

I took her to her home

They all lived in a big temple, many families of priests. Her parents are both priests and they were children of priests, too, otherwise you cannot live there. Older priest will say who lives with who and when it’s time for them to procreate a child. This is something that they have been taught. If they do it this way, the light will grow. They will not stay so dark.
Bothe her parents and all other priests there are teaching her about what it is like to be a priest. All they do is incantations, fumigations and religious service. It is good to be priest. Priests are important for people. It could not be done from the beginning, that PEOPLE CAN BE LIKE GODS. It takes time and it’s done through children.
Both her parents have orange light. She doesn’t understand what happened, but two generation before her, the ones with black lights came from a different word than the ones who taught them. In a way, they do the same thing, only that they are different. The ones with orange lights are teaching people to work through their hearts, while the one with black lights are teaching them to do things with their minds.They are not able to feel in their hearts. Her own white light is telling her to do through her heart, that is why she is able to heal people. She feels compassion in her heart and she wants them to be well, and then it’s when it happens. It could have been wonderful when children like her were born. All people will become like her, first the priests, and then, all of them.

Then I asked to talk to her white Light.
She came from a ship, was teleported here. On the ship they are humanoids like a denser fog, ten feet tall, very slim, four fingers, no gender, they are identical and telepathical. They are coming as babies, through birth, but they know who they are. They have this connection and they know they are different from the rest. Their Light is from Source. They are here to teach people, to feel, to think, to understand, but they have to be here to do so. “We are working on people, to improve them. We are Source’s energy, from the beginning of creation we are like this throughout the Universe. Our job is to raise consciousness of the whole creation. It is very hard to come into a human body”
When the body dies, she will go back on the ship. The Light cannot interfere to save her, but they love all creation,
Her Light knew more about the priests with black lights: they came from a different world, also part of the creation. There is a plan of the Source. They belong to Source, too. Everything is manifestation of Source. They have decided to come. The Source decides, not the plan. The Source creates differently for very different experiences.There is an intersection point which is Source. No matter what way of experience we reach this intersection point, the light will return to Source and another creation begins. It never stops. Source creates an infinitum of waves, very different experiences.

When asked why it showed my client that life time, Higher Self stated that her body died many times like that and the body carries them within, so physical healing was done at the head level.

Spread the love by sharing it
2018-08-30
Previous Post: The value of listening to your session recording
Next Post: Important Message for All Lightworkers