You are browsing the site archives for December 2017.

When I first started doing QHHT, back in 2010, my beloved teacher, the late Dolores Cannon told us that one session is enough and I believed her. She told us that she would spend as much as seven hours with a client, if needed. Her usual time spent in a session would be around five hours. Thinking of that much time spent just with one client, one session would make perfect sense. but her perspective was a very particular one because Dolores was very famous, a very sought after and a very busy hypnotist, with a five year waiting list. She wouldn’t have had the END_OF_DOCUMENT_TOKEN_TO_BE_REPLACED 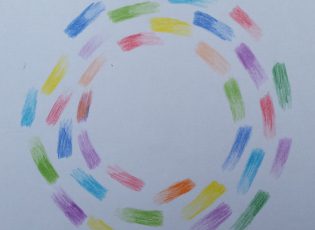 In my own recent session I have received a brand new information from my Higher Self on something that happened to me four years ago in regards to some portals that I saw. This was something that made me wonder ever since and constantly thinking about and, in a way, it’s been tormenting my mind for not being able to understand it and to make sense of it. Because I could not find anything accurate for what I saw, I drew myself these two drawings that reproduce really close my perception of those two portals. So here is what’s happened . Back in 2013 I END_OF_DOCUMENT_TOKEN_TO_BE_REPLACED